To see the world in a different light

All my life, I grew up in a relatively narrow cultural district. I lived in Orange County at the core of the Vietnamese community. I grew up with Asian friends, Asian neighbors, Asian classmates and teachers. The homes I lived in were all a couple blocks from each other, and every night, I was able to watch the Disneyland fireworks at 8:45 from my backyard. Some people may be familiar with the snow, lakes, or rivers. All I had was Huntington Beach. I live within the Asian community and, to a… Continue

Dillon Knowlton - Because I Don't Want to Miss Out 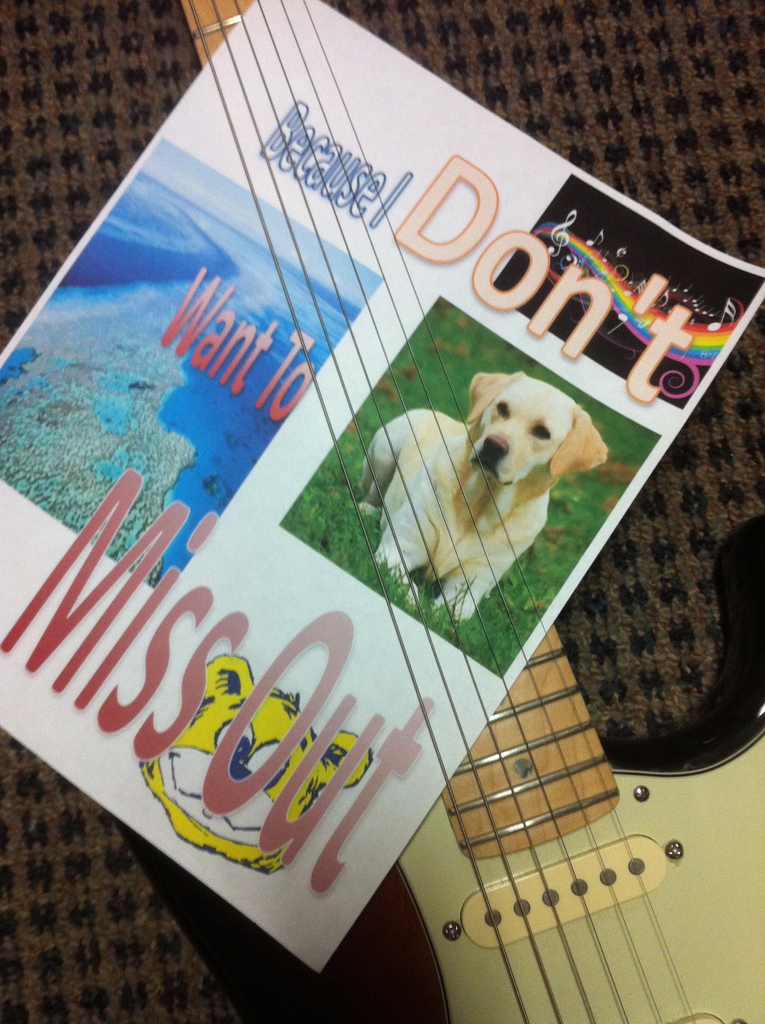 I do what I do in order to experience as much as I can, and I showed this by adding my interests to the photo.

Its funny how people assume that peer pressure is only referring to drugs and alcohol and doing things illegal, when actually a majority of peer pressure comes from just doing small things. I feel a lot of pressure about going out on nights to just hang out, when really id rather be warm and cozy in bed. I love being a part of things so even if i am in bed and someone tells me i should go somewhere, I feel like i should leave my comfort zone and go, just to be a part of something that may…

Reading is my biggest comfort. When i am stressed or if i am overwhelmed with life, coming home to a nice book and reading about some one elses problems is somehow refreshing. Forgetting about my problems for a little bit during the day is a nice way of letting loose. Eventually my reading leads to tired eyes and tired eyes leads to naps. Basically reading turns into the best couple hours of my day. Naps? Who doesnt like naps? I could sleep away my life if it came down to it. Im so tired all of… Continue

It is strange because where ever i set up "camp" during college, trips, or vacation, i always call the place im staying at home. Its not because i feel like it is my home, just because its where we all meet up. Its wear the group comes back together again. Home base, i guess is a better word for it. It wasnt until i visited my home town a couple weeks ago that i really realized what it meant to say "home". The second i started seeing familiar territory my whole heart lifted. I didnt care that i… Continue

I was born in Seoul, Korea. When I was young, I grew up in a big family. I lived with my great grand mother, grand parents, parents, and my two younger siblings. Living in one household altogether is a Korean tradition and I was blessed to learn the greater value of the family under my grand parents. I always learned to respect elders and obey my parents. More than anything, my great grand mother taught me how to love other people with sincere heart.
Right now, I am a college student, and… Continue

If I could do anything else in the world...

For most people the answer is easy. They'd respond with something like an NBA basteball player, or NFL football player... Any type of athlete gets kudos because their work ethics and performances are so intense and amazing. I've done all that and am pursuing my life as a water polo player, but if i could be good at any other thing in the world it would be singing. I love being an athlete and working out and being part of a team, but there is something so special and amazing about music. I don't… Continue

if all you do is keep it in,

then life will not be worth the living.

if all you do is keep it in,

then you will never stop the giving.

you keep it in you all the time,

and have to pretend that all is fine.

you bottle up and want to shout,

but all you need is to let it out.

come on with me, take my hand,

i'll show you we can take a stand.

so letting it out,

will help you to see,

Growing up, I tried out every sport suitable for a young girl to play in efforts to “test out the waters” as some would say to ultimately get a feel for what I was good at, or potentially could be good at. Coming from an athletic background, in which both of my parents participated in multiple sports, it was only inevitable that I too fell in love with one. Long story short, I absolutely sucked at every sport I tried, and when I say absolutely sucked I’m not just being dramatic.…

I watched an Indian movie called "3 Idiots" the other night. It's a naively touching film, explaining life as something to be simply enjoyed to the fullest. Emphasized are: the power of positive thinking, how to follow one's purest desires, getting over with fear. The film tells you to "Do what you wanna do and enjoy! Life will take care of itself, so all is well!" Well, it's a great advice, but also a quite unrealistic one for many of us.

Because fear remains in our nature. Possibly…

The past and how it affects the future

The past dictates the future; this is something I first realized at a very early age. For instance, I soon learned that hitting my brother would result in me getting in trouble. This idea of the past impacting the future was further reinforced when learning about history back in elementary school. My class was researching ancient civilizations such as Rome and the Greeks. Reading about Rome’s engineering achievements to their propensity for war; I saw that what Rome did affected… 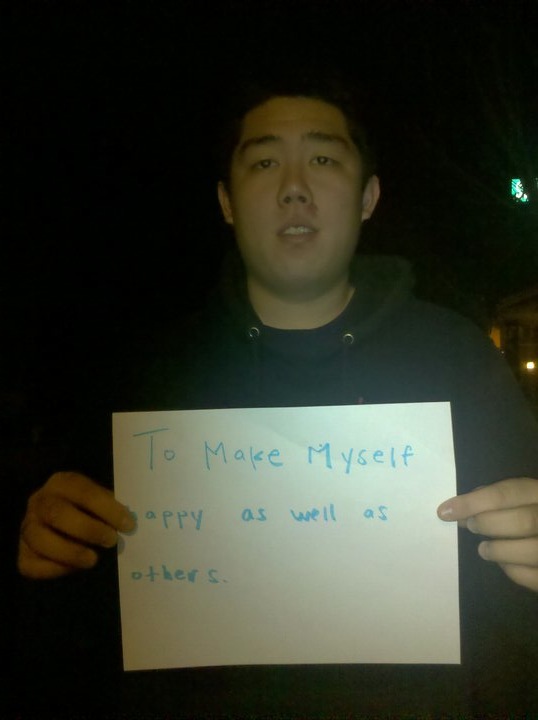 I do not want to have any regrets

I do what I do because I do not want to have any regrets. Now that I am 20 years old, I think it is fair to say that I do have some life experience, and overall I have been happy with my decisions and way of living. In retrospect, I have found a common theme in the memories that put make my heart sink; and that is the fact that they are all filled with regret. I have felt regret in situations where I do not take a risk or take a chance; situations where I am scared of the end result. Looking… Continue

Because They Can't do what I Can

When I was a toddler, I refused to wear any clothing with animals, characters or people on it because I was afraid it would hurt them to get sun in their eyes when I went outside. So I guess my concern and empathy for others is either innate or was taught to me early on, and has definitely contributed to why I do what I do every day and why I aspire to become who and what I aspire to become. I’m a big believer in the notion that everything happens for a reason, which I why I feel so lucky…

There is no time like the present.  You never really know when an opportunity will present itself to you again, so why not seize the moment and take advantage of it the first time it comes around?  Oftentimes people will dismiss the chance to experience something new due to prejudgments or the fear that they will not succeed.  Looking back on past events I will regret more the experiences that I missed out on than the things that I did, but did not enjoy.

Everything we do offers the…

Because I want to

It's 2:00AM right now... I honestly do not know why I'm not asleep yet. In the background Tetra Splendour is filling my ears with their nonsensical lyrics... They sound like the distant wailing of happier days, and more meaningful nights. Why did I do what I did that day, that minute, that second, that instant? Why is always the question of the curious, of the downtrodden. But I think the more important question is how. Yes, How? How do I feel right now? How did I feel at that moment?…

To live a better life than my parents

In 1975 two students from Addis Ababa, Ethiopia immigrated to United States with nothing but their suitcase and their asspirations. At the time Ethiopia was a nation struck by civil war. Ultimately
this would result in the victory of communist Dictator Menguistu Miriam.
Menguistu ruled with the objective of imprisoning the educated and upper middle
class, thus threatening the…