This sweet thing is for my sweat heart!

Be still whe you yhave nothing to say, When geniune passsion moves on..
Say what you have to say and say it hot! 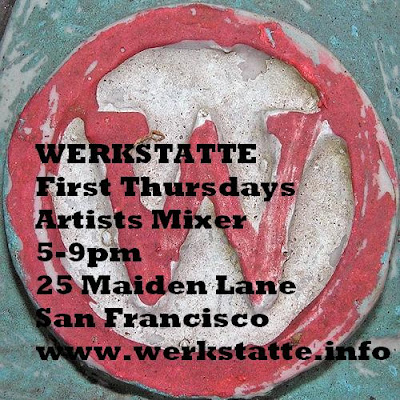 Why Do we do what we do?

One of the probable inspirations for this site is a famous quote by R Buckminster Fuller entitled "WHAT I AM TRYING TO DO" :

"Acutely aware of our beings' limitations and acknowledging the infinite mystery of the a priori universe into which we are born, but nevertheless searching for a conscious means of hopefully competent participation by humanity in its own evolutionary trending while employing only the unique advantages inhering exclusively to the individual who takes… Continue

I started off making forum signatures. They were simple little things, 300px tall containing (probably copyrighted) portraits of what I wanted my (probably poorly constructed) roleplaying characters to look like.

Still, I really loved making them, I found I could capture something different in those little banners. I used a free program called PhotoPlus back then, but I quickly found I was limited in… Continue

Language is a Virus...

The late William Burroughs once said, "Language is a virus from Outer Space." It is an odd infection indeed, and yet as common to humanity as to be one of its defining characteristics. After whatever initial struggles we go through learning to speak and then read, it becomes such a facility with most of us to learn and adapt language almost without any cognizance of our doing so. Even so -- we are still 'contained' within whatever language "infections" we are exposed to. Learning to speak… Continue

Want to start a group in Southern Florida called "Heat."

Anyone interested? I don't have a website. Someone here willing to make one?
Description: People who go beyond reality to see their own.
Thanks, Myra. yesbklynmyra@aol.com

Start the scene.
The curtain rises.
Beautiful girl is sitting and crying center stage.
Darkness take over, except for a faint light shining down on her.
It is silent while beautiful girl miserably weeps.
Boy enters stage left.
He sits by her and pulls her in his lap and holds her.
Beautiful girl’s heart is aching and all warn out.
She’s cold, and pale white. Weak and exhausted.
Her black hair loosely hangs down beside her delicate face.
Boy… Continue

Would like to make friends with someone who lives in Southern Florida and meet members who live here, too. I am an export from the famous borough of Brooklyn. Living in Florida for almost 6 years.
I am an artist, photographer, and writer. Have 3 parrots and a pet skunk. Write me!

A gift and a curse

I do what I do because I have to do it. Sometimes ideas come to me just as I want to fall asleep. Can't sleep, but what a great idea I have for the following day. This site is wonderful. It is ecleptic and as they say, out of the box. Like me. Just think of what one could see in the root of a tree!

Would like to see our day to day living in the past compared to the present as a theme.

I think there is an answer for every mood, spark of inspiration, and action in my life. This question fires my curiousity and need to share at least some of the answers with others.

Yo lo busca asta que ella bengas, entundes ella se va, hasta yo la quieras otra ves..............It happens all the time. It's also called chasing. then when you are caught (not her), you don't like the trap you feel, so you screw it up, she leaves because you are not committed or don't really want intimacy, till you lose it. You really want to be single, but you want her to be committed. It's simple really. Then when you realize what you gave up, you chase again. If she is sane, she will keep… Continue

So it's about 11:10 on a Thursday. at the Fire Station, just got back from a call. Since I joined this site, I've been dwelling on the thought"why do I do what I do?" Why? There's no easy answer to the question. No pithy little catch phrase...no smart ass comment.

Not sure how to sum up an answer to a profound question. It deserves more. The idea of it.

I guess I can partition my answers to parts of my life.

My wife. I married her because she was (and is) the… Continue

Why you ask? Because it would be the easiest thing to do!

Because that would show some type of feelings that I don't deserve!

Because I hurt too many for pleasure and it is my time!

Because I use your love to make me feel better instead of fuel to love you!

why do i do what i do on christmas?

The question of the hour, to be sure. I still do what i do in the hope that my wife will come back to me, and not hate me with the vehemence that she does today. Because I cannot give up the belief that man is fundamentally good, and that evil is not a natural state for us. That to hurt someone intentionally, over and over, is a pathology that can be met and defeated. I do what i do because i believe that I am a good person, and try to help others whenever I can, and sometimes when I… Continue


Honestly I think I am going insane! I strongly believe that I not only suffer with severe depression ... but some type of anxiety or nerve disorder as well! how do you know without paying some crazy doctor to tell you what you already know? so then the only answer is to be heavily medicated? humm ... I'm not quite sure I want that!

if you think you have an answer please help!

wdydwyd? is about doing...about the art of everyday living, and about the projects (and stories around them) that engage us.
I'm intrigued by the creativity here, about the interest that is so readily shown toward understanding how what we do defines us, invites our participation and sharing, and better still, calls us to reflect on the meanings of our projects and actions.

As a lifelong student of everyday living, I have been fascinated that the topic of human doings has not… Continue

I do what I do because hurting me is better than hurting you!